Some go to game, or pray in Rome
I travel for my turning home
For when I’ve been six months abroad
Faith your kiss would brighten God!
(J.M. Synge, “Abroad”) 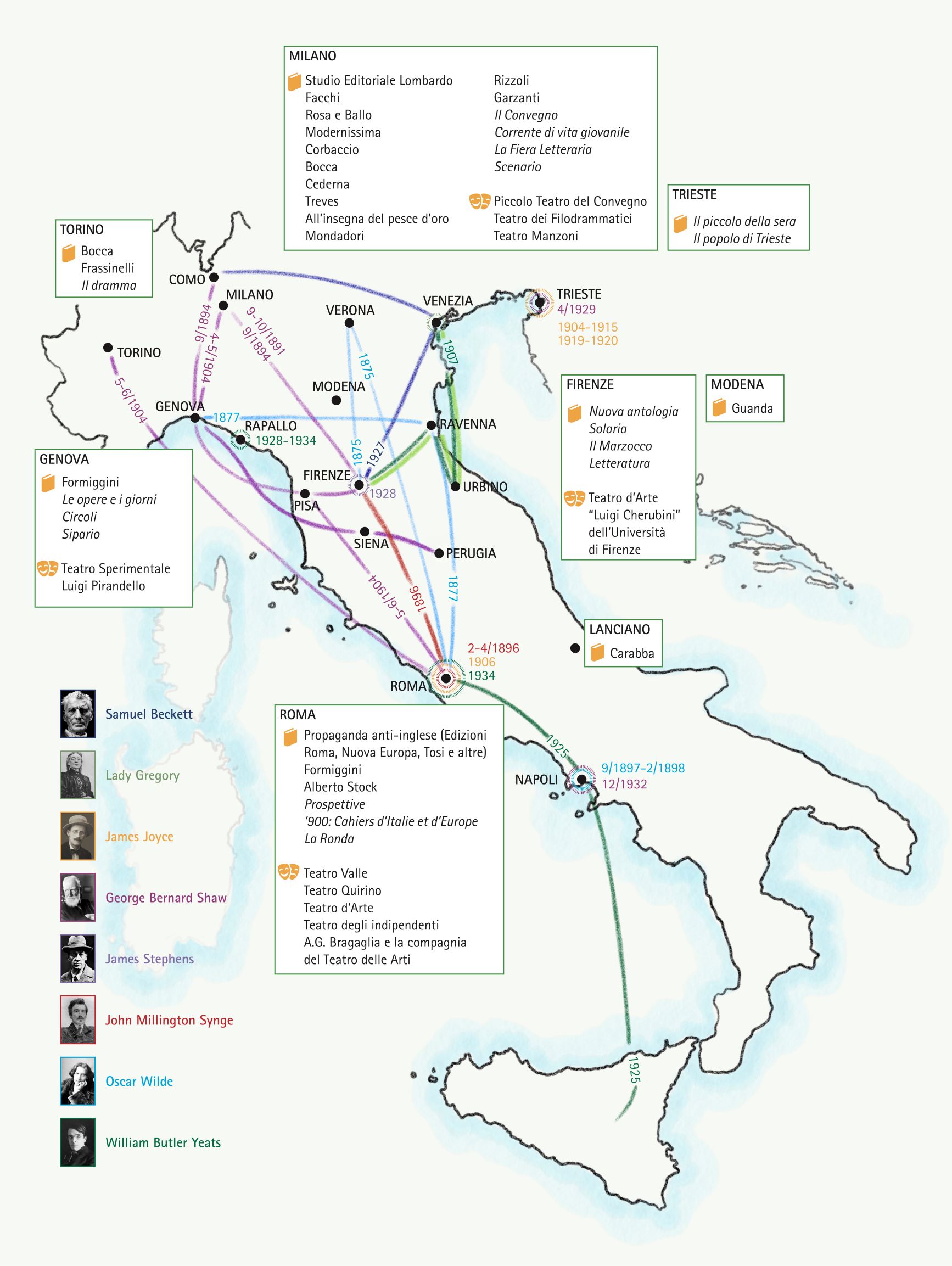 While their works travelled at the four corners of Italy, Irish writers also showed a penchant for the Bel Paese. James Joyce arrived in Trieste in 1904 an unpublished writer and left as the renowned author of some of modernism’s masterpieces; William Butler Yeats took on wintering at Rapallo between 1928 and 1934, after his first Northern Italian journey with Lady Gregory in 1907. At times, their journeys tellingly cross paths with the publishers and reviews that would publish their work, with their translators and mediators.