Description
For a brief season, the Anglo-Italian writer Annie Vivanti was a very active propagandist for the cause of Irish independence, especially from the columns of "Il popolo d'Italia". Mussolini's newspaper was particularly receptive to the Irish Question and published pro-Irish articles written by Mussolini himself. Vivanti articulated the discourse on Irish independence as a Romantic struggle akin to that of Italy in the Risorgimento. In her article of 10 April 1919, an interview with Eamon De Valera, she described him as a hero of the rebellion, and greatly focused on the atrocities perpetrated by the British against the Irish people.
Source
Go to The Easter Rising 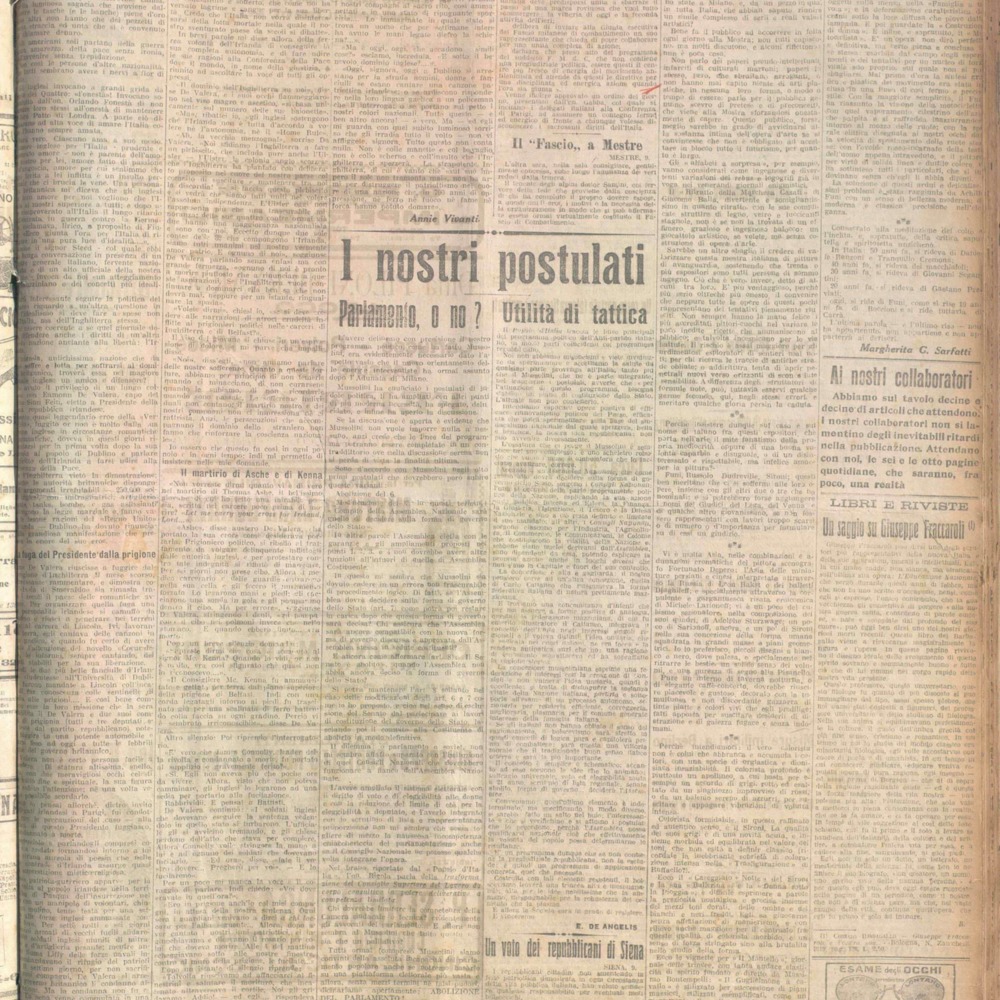