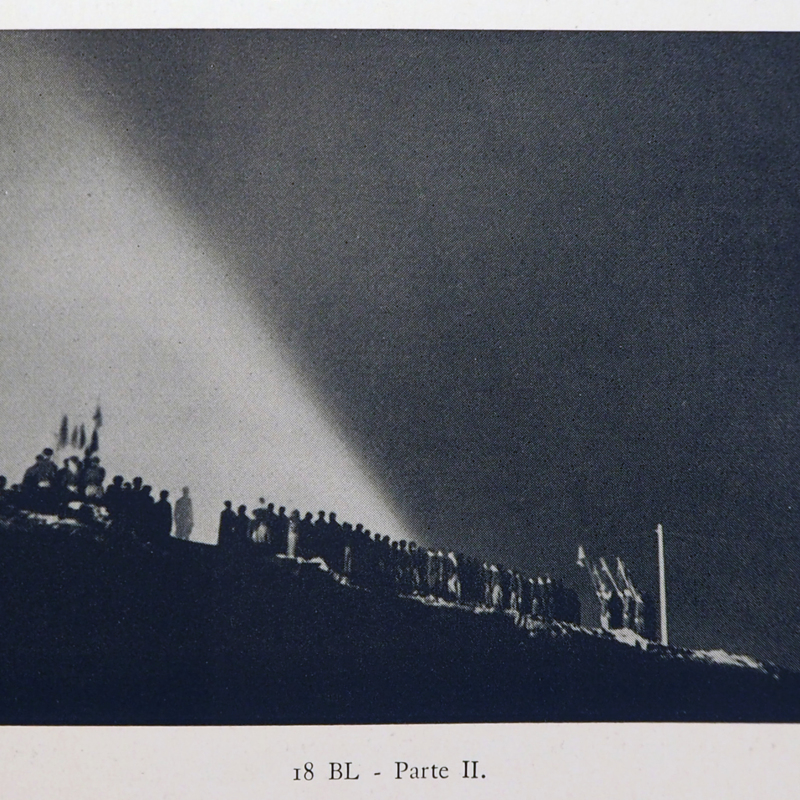 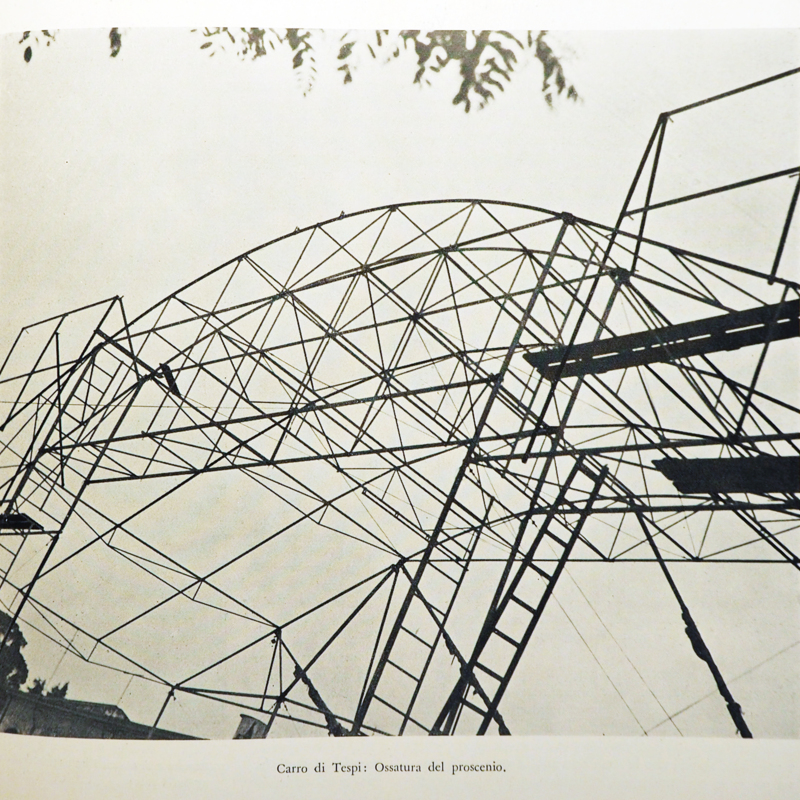 The play 18 BL staged the past, the present, and the future of the Fascist regime, and was therefore a synthesis of the Fascist epic narrated through the symbolic exploits of a Fiat 18 BL truck, representing the hero-machine. The truck was depicted in key moments of the development of fascism as a political and public configuration: during WW1, then in the context of ‘squadrismo’ and the Fascist ‘revolution’ of 1922, and finally at the time of the reclamation of the Pontine Marshes, and this parade lasts until the machine breaks down and is pushed into a pit that needs to be filled, thereby performing an extreme sacrifice for the homeland. The play was staged as an ‘experimental mass spectacle’ (Schnapp 1993, 91) held on the night of 29th April 1934 on the left shore of the Arno, on a site known as Albereta dell’Isolotto. It was presented as the principal event of the ‘Littoriali della Cultura e dell’Arte’, a Fascist youth cultural event that was held for the first time in Florence in 1934.

The Carri di Tespi (Thespian Cars) were travelling theatres that derived their names and features from the experience of Greek tragedian Thespis, who moved across the Attican countryside to perform his tragedies. Open-air theatrical performances were not new in Italy, and had been carried out for centuries in the context of the 16th-18th centuries Commedia dell’Arte. The regime adopted this pre-existing model and in 1929 developed the project of the new Carri di Tespi, assigned to futurist set designer Antonio Valente and to Fascist playwright Giovacchino Forzano, who was in charge of supervising the programme. The same year, four gigantic structures (three for plays and one for opera) started travelling the peninsula staging about 200 works every year, in spring and summer tours. Each car had a company with up to four hundred actors, dancers, musicians, etc. 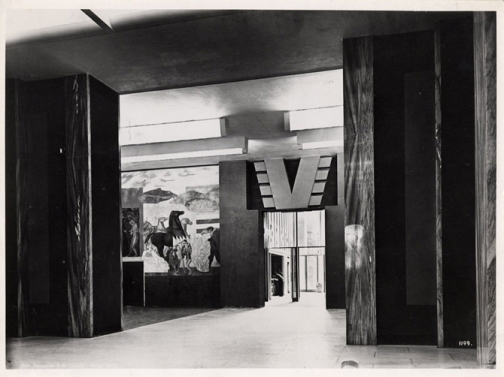 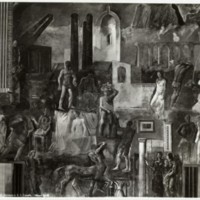 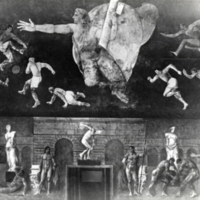 The V Triennale of Milan represented a turning point in the history of the exhibition, as the event moved to Milan and to the new Palazzo dell'Arte, designed by Giovanni Muzio. The gallery displays a few artworks created for the manifestation.

Preludi della guerra (also known as Preparativi alla Guerra: Benzi 2010:22) was a monumental mural painting by Corrado Cagli, covering an area of 30 mq. Painted with egg tempera on the walls of the vestibule of Muzio’s Palazzo dell’Arte on occasion of the V Triennale of Milan in 1933, the work was part of a temporary setting and thus destroyed after the exhibition. The painting represented a fictional past, where a few men were preparing for war. On a bidimensional naturalistic background there were other figures: (from the back to the foreground) a sleeping man, three knights from the side, a few people departing and, in the centre, a group of young men.

By selecting one of the themes of the V Triennale of Milan (1933), the fresco Il lavoro – also known as Le opere e i giorni – by Mario Sironi was the artist’s first large mural painting. Realised in the same year as the Manifesto della pittura murale, the composition was part of the decorations of the Salone delle Cerimonie of Palazzo dell’Arte, together with works by: Achille Funi, Giochi atletici italiani, by Massimo Campigli, Le madri, le contadine, le lavoratrici and Giorgio de Chirico, La cultura italiana. They were all destroyed after the exhibition; Gino Severini’s mural mosaic, Le Arti, is the only one to have been preserved.
Set in an atemporal, urban and industrial landscape, Il lavoro showed plenty of characters who, on several levels, were undertaking the most diverse activities: some were carrying loads on their backs, some were cutting down a tree, some were just chatting. At least until 2015, a preparatory sketch of Il lavoro was held at the collection of Banca Dexia Crediop.

Like Corrado Cagli’s Preludi della guerra (1933), also Giochi atletici italiani by Achille Funi was a mural painting created for the V Triennale, set up in 1933 in Milan at Muzio’s Palazzo dell’Arte. Painted in the Salone delle Cerimonie, on the ground floor, it played an important role within the iconographic and decorative programme of the exhibition, which aimed at gloryfing Fascist Italy.
Divided into two levels, Giochi atletici represented the sport of the Ancient world in the lower level and the ones of the Modern world on the upper part. Designed for a temporary setting, the painting was destroyed after the exhibition [...].
However, Funi’s contribution to the V edition of the Triennale did not end there: beside the Giochi, he signed the preparatory sketch for the mosaic Cavalcata delle Amazzoni (1933), realised by his disciple Leonor Fini. This work is still in situ, as mosaic decorative floor of the atrium of the ground floor of the building.